Whenever you visit a new city, it’s great to know where the best Instagrammable sites are. Boston is no exception, with the Freedom Trail, beautiful Seaport, and more! Lucky for you, there are great places to take photos in Boston around almost every single corner! In this photographing Boston guide, we spill all the tea for the best spots to get a photo in Boston.

Beacon Hill is one of the best spots for photographing Boston. The streets are adorned with brick buildings and tiny alleyways, like the one in the photo above.

This is a great area to explore and get lost! Around almost every corner, there’s a great shot. You just have to keep your eyes open and be ready to snap the picture quickly, because this is a pretty busy area in Boston!

Plus, it is one of the best historical sites in Boston!

If you’re traveling in Boston, there’s no way that you won’t run into the Boston Commons. It’s a huge park right in the middle of the city. If you visit earlier in the day, you can snag a picture in the commons with absolutely nobody in it. This can also be said if you visit later at night.

The best place to get a picture is right in the middle of the park. Don’t be scared to get lower to the ground to get a shot like the one above. It can really help to put the buildings and the Boston Commons in perspective! This is one of the best spots for photographing Boston.

While you’re in the area, be sure to check out the food trucks that line the Commons. They are some of the best places to eat in Boston!

Right at Boston Commons, you can also catch the T to visit Salem, Massachusetts, one of the most picturesque towns near Boston. Check out this guide on the best things to do in Salem to plan your trip there!

You have two options: stay on the Boston side of the River or go over to the Cambridge side. Really think about what skyline you want in your image before you choose your side! I highly recommend visiting early in the morning or late at night if you want to get a great sunset or sunrise photo.

The sunrises in Boston in particular are absolutely amazing. Trust me, they’re worth waking up for and will make for some awesome photographic material for your Instagram!

Though it’s commonly seen as a touristy destination in Boston, there are actually some pretty great places to snag a photo in Faneuil Hall and Quincy Market. The food hall, in particular, is really great, just like in the photo above. If you’re lucky, it won’t be super busy and you can really set the composition for a perfect photo!

While you’re there, you could easily grab some great food from the marketplace as well. I highly recommend the macaroni & cheese restaurant. It’s so good and it’s made freshly right in front of you!

As the only Ivy League university in the area, Harvard is definitely a must-visit because it’s also one of the best spots for photographing Boston. The campus is absolutely free for visitors like you and you can find a multitude of great places to take a picture. Be sure to really walk around and scout out the perfect backdrop!

If you don’t want other people in your photos, like students, try visiting earlier in the morning. Not many college students are morning people! You could also try visiting more in the summer months since fewer classes are in session.

The Museum of Fine Arts is the best art gallery in Boston. There is an abundance of galleries and exhibits and some of them are rotating as well. To get into the MFA, you have to pay $25 for a ticket. If you’re a student in the Boston area, you might be able to get in for free if your school bought an annual ticket.

Right at the entrance of the museum is an amazing piece of art that is very photo-worthy. Though it may just look like a normal neon sign, it’s a lot more than that!

You could also walk around the rest of the museum and find some other places to take a photo. There are lots of places with really good lighting throughout the museum and the interesting exhibits make for amazing backdrops!

Fenway Park is home to Boston’s own Red Sox, the MLB team. Fenway Park is always lively since there are events often held in the area. Buy tickets to a game using an app like GameTime to save money, and then take some great photos during the game itself!

On game days, you can also take some pretty sweet photos of everyone flooding the area. The Fenway Park banners really help to set a scene in the picture, making it one of the best spots for photographing Boston.

Don’t forget to stop at the ’47 shop to purchase some Red Sox merchandise to wear in your photo!

Acorn Street is known as the most picturesque street in all of Boston, and for good reason! It has a cobblestone walkway and is lined with beautiful brick buildings. It really does make for a perfect backdrop in an image.

Some say that it even offers a bit of a peek into Boston’s colonial past!

Like most places on this list, if you visit earlier or later in the day, then you might be able to get a shot with nobody in the photo like this one. It is a very popular photo spot in Boston!

The North End is Boston’s Little Italy and it’s filled with some of the best Italian restaurants in the city. It’s also a very picturesque area, so it makes for a perfect Instagram!

Though there are the more popular streets like Hanover Street, branch off and explore the side streets to get a photo like this one. They are a lot less busy and there isn’t as much hustle and bustle!

Since you’ll be in the area, be sure to pop into either Bova’s Bakery or the Modern Pastry Shop to grab some awesome Italian pastries!

Boston Seaport is a new and more popular area of Boston. There have been a lot of new buildings and shops built there recently, so a lot more people are visiting it! Honestly, it almost feels like a futuristic area.

As the name says, this location is right next to the ocean. You can get some great shots of the Boston skyline next to the water, which makes for a great Instagram picture.

Try visiting at night to get an epic shot of Boston’s sunset!

Also, be warned that this can be a pretty busy area at times.

The Boston Public Library is one of the best places to explore in Boston and it’s a photographer’s paradise. Bates Hall is the most popular place to get a photo in the BPL, which is the room shown in the picture above.

There are also great places to take photos right near the entrance. The grand staircase makes for a very interesting backdrop in an Instagram photo.

Right outside of the BPL is Copley Square. This is one of the most underrated places to get a photo in Boston! If you visit at the right time of day, the sky looks like cotton candy and reflects off of the glass buildings beautifully.

There are also a lot of colorful food trucks in Copley Square that would look great in a backdrop. You could even purchase some food as a prop for your photo!

There are so many incredible spots for photographing Boston! Don’t forget to save this post for later. 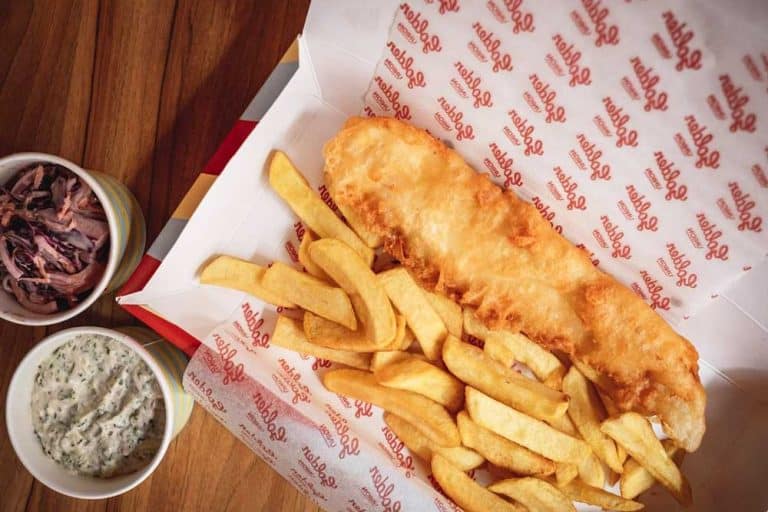 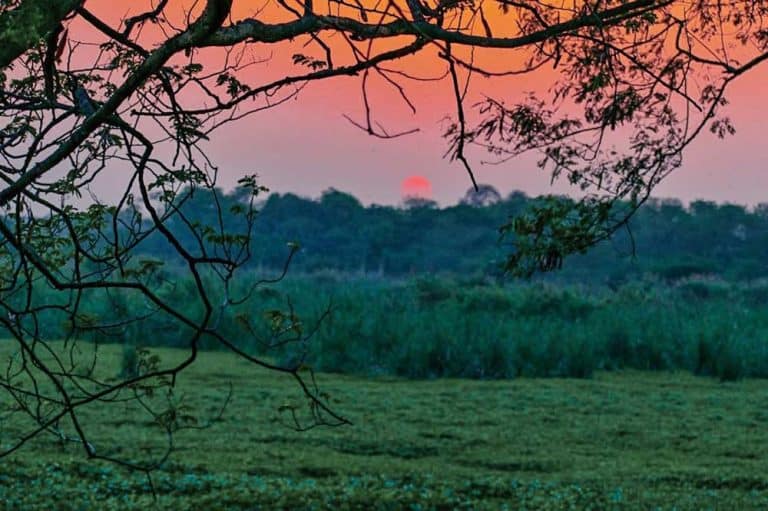 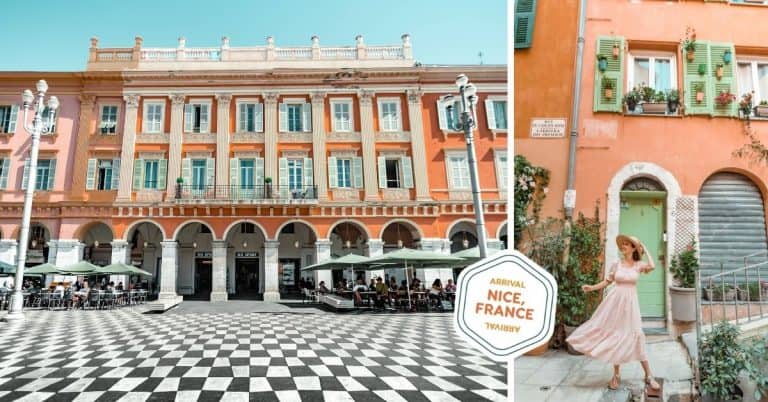 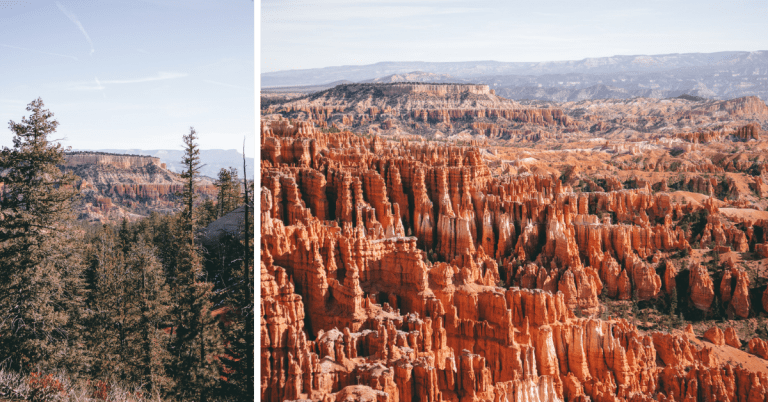 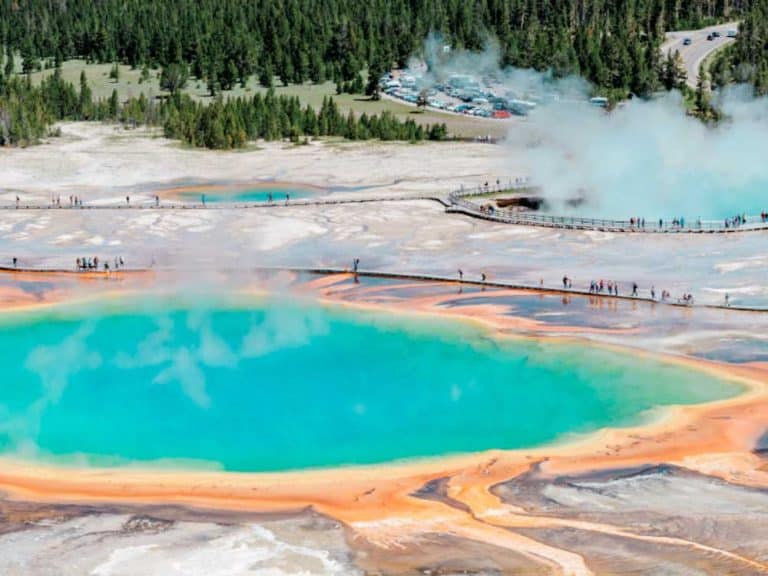 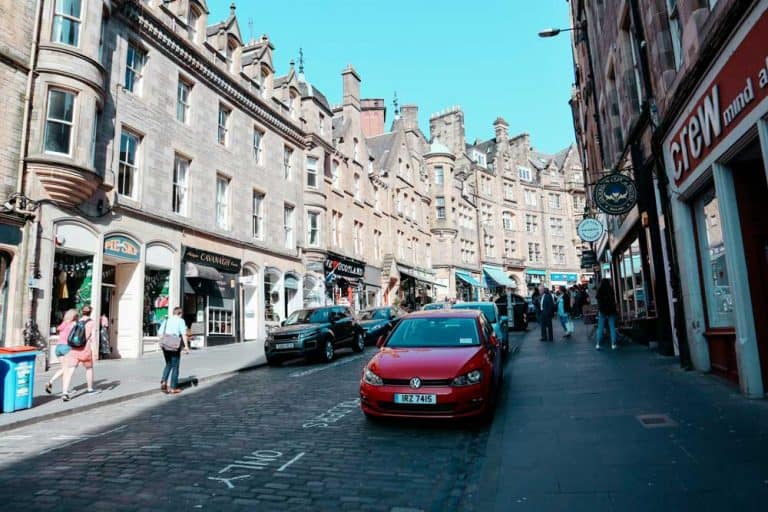