San Francisco is undoubtedly one of the most beautiful cities in the United States, with its steep rolling hills lined with unique homes, its abundance of green spaces, and its diversity of cultures. It’s easy to spend a whole week in San Francisco exploring the numerous neighborhoods, each with a different flavor, but what should you prioritize if you only have one day in San Francisco?

This itinerary will take you across the city to a handful of the can’t-miss locations. The best part is that you don’t need a car!

You can easily get around the city just by hopping on and off public transportation. Just make sure you have spare change for the bus or a Clipper card (you can add one to your Apple Wallet or Google Pay).

Pack a comfortable pair of walking shoes, and get ready for a day full of great food and the best sights San Francisco has to offer!

San Franciscans love to brunch. Spending a cozy morning with friends and family and some french toast or eggs benedict is a sure way to start your day right.

Zazie, a sweet little French bistro nestled in the heart of San Francisco, is one of the best brunch spots in the city.

Zazie opened its doors in 1992 and has been a crowd favorite since then. From a long selection of benedicts to Croque monsieurs to their signature pain de mie french toast, there’s something for everyone here.

If you don’t have time for a full sit-down breakfast or would rather have a light meal, you can opt for a coffee and pastry from Wooden Coffeehouse or Cafe Reverie, just down the street.

The great thing about Wooden Coffeehouse is its outdoor seating—the cafe is right on the corner of Cole and Carl Street and a great spot to sip on your latte and people-watch!

After breakfast, you can head to Golden Gate Park, which is only a few blocks away. Coming from Cole Valley, it’ll only take around 15 minutes to the east to the park on Stanyan Street.

From here, you can make your way down John F. Kennedy Drive, which snakes through the park and has been designated by the city of San Francisco as a “Slow Street” for pedestrian and cyclist use only.

There are several beautiful areas on the east side of the park, including the Conservatory of Flowers, the National AIDS Memorial Grove, the San Francisco Botanical Garden, and the Music Concourse.

If you enjoy visiting museums while traveling, I highly recommend both the de Young Museum and the California Academy of Sciences, but you’ll likely want to spend at least an hour or two in each of these places, so plan accordingly!

Golden Gate Park is one of San Francisco’s gems, and when walking or cycling through, you’ll really get a sense of how a typical San Franciscan might spend their Saturday morning.

There are plenty of walkways, trails, and ponds to explore, so get a little lost! The best part of Golden Gate park is stumbling upon hidden clearings and groves.

Take the bus to the Golden Gate Bridge

On the north side of the park behind the de Young Museum, at the intersection of Park Presidio Boulevard & Fulton Street, you’ll be able to hop on the #28 bus. After just a 10-minute ride, you’ll arrive at the Golden Gate Bridge Welcome Center!

Beyond the Welcome Center, you’ll find several lookout points where you’ll be able to capture postcard-worthy photos of the Golden Gate Bridge.

You can also walk a bit further down to the east to the West Bluff Picnic Area to see the bridge from a lower vantage point or to the west to Battery Cranston to see the two main towers of the bridge aligned, one within the other.

If you only have 24 hours in San Francisco, be sure not to miss this iconic landmark!

Picnic at the Palace of Fine Arts

The next stop on this itinerary is the Palace of Fine Arts, and you can get there by hopping on the same #28 bus that took you to the Golden Gate Bridge.

Instead of getting off at the stop nearest the palace though, I recommend taking the bus two more stops and getting off at Lombard Street & Pierce Street.

Then, walk one block down to Chestnut Street and grab a meal to-go so that you can have a picnic at the palace!

Chestnut Street is packed with a diversity of meal options. Some of my favorites include Lucca Delicatessen, a family-owned Italian market and deli that whips up amazing sandwiches, and Souvla, a fast-casual Greek restaurant that serves delicious pita wraps and salads (as well as a delectable frozen yogurt with toppings like Greek olive oil and baklava crumbles). Whatever you end up choosing, remember to ask for it to go!

You’ll definitely also want to wander through the main structure of the palace and stand beneath the 162-foot tall rotunda.

We’re halfway through your one day in San Francisco, and you’ve already seen some of the most beautiful sights the city has to offer!

Head to Fisherman’s Wharf and Pier 39

You could easily spend an entire afternoon at Fisherman’s Wharf, but because this is an itinerary for one day in San Francisco, I’ll provide you with only the highlights!

Jefferson Street is the main street to walk down, and there you’ll find the famous Fisherman’s Wharf sign, as well as the Boudin Bakery, famous for its sourdough bread bowls filled with clam chowder.

Make your way over to Pier 39, a busy pier filled with shops and restaurants to explore. Head to the Candy Baron to pick up some saltwater taffy to snack on and watch the sea lions soaking up the sun on the docks at the end of the pier.

Catch your breath here—it’s been a day full of walking, and you’ve still got the rest of the afternoon and the evening left!

Take in the views at Coit Tower

Nearby to Fisherman’s Wharf is Coit Tower, at the top of Telegraph Hill. Be prepared for a climb!

At the end of it, once you reach Coit Tower, you can purchase tickets to take the elevator up to the observation deck, which has a breathtaking 360-degree view of the city and the bay.

I highly recommend taking a tour of the tower. Without the docent’s knowledge, you won’t be able to piece together the story told by the murals within the tower. You can rest easy after making it to Coit Tower—that’s the last hill you’ll have to climb if you follow this itinerary!

North Beach is home to San Francisco’s vibrant Italian-American community and is also home to an abundance of delicious Italian restaurants. The area is only a 10-minute walk away from Coit Tower (and it’s all downhill!).

If you’re looking for a fancier meal, make reservations at Cotogna, a higher-end Italian restaurant known for housemade pasta, spit-roasted meats, and seafood.

For more casual diners, I recommend grabbing a bite at the Italian Homemade Company or Il Casaro Pizzeria.

The ambiance in North Beach is wonderful, and chances are, many of the restaurants will still have their outdoor dining areas in place, so you can enjoy a meal outside as if you’re really in a piazza somewhere in Italy.

End the night with a story to tell

If you still have some energy after dinner, I’ve got some really fun recommendations to top off your one day in San Francisco. There is, of course, no shortage of great bars in the city that you can head to, but why not try something a bit more unique?

Emporium, located near Alamo Square, is an arcade bar, and it’s exactly what it sounds like: a massive arcade with retro video games that also serve cocktails and have live music. Basically a triple whammy.

Church Of 8 Wheels, also near Alamo Square, is a roller skating rink that plays funky disco music. If you’d rather not risk falling on your behind, you can head to OASIS and experience a drag show!

San Francisco is a charming and energetic city that everyone should visit in their lifetime. You’ll leave inspired by its beauty and wishing you had more than one day in San Francisco!

Want to keep reading? Check out these next:

Sophia Wu is a San Francisco-based freelance writer who covers travel, interior design, sustainability and social impact. Her favorite travel memories include studying abroad in Florence, Italy as a junior in college, journeying through the plains of Inner Mongolia, and watching the sun set over Mt. Fuji in Japan. 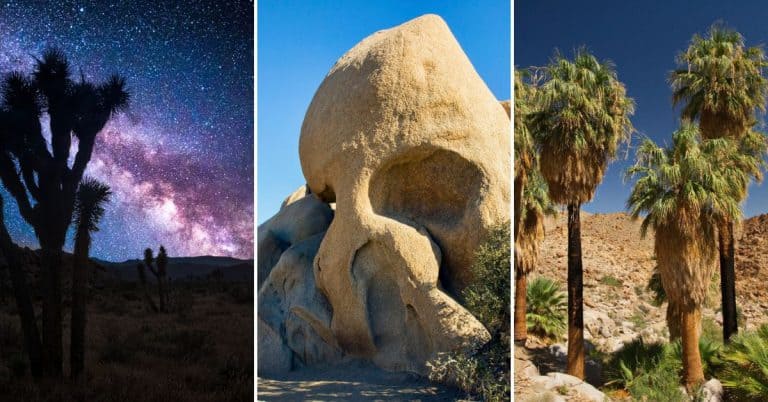 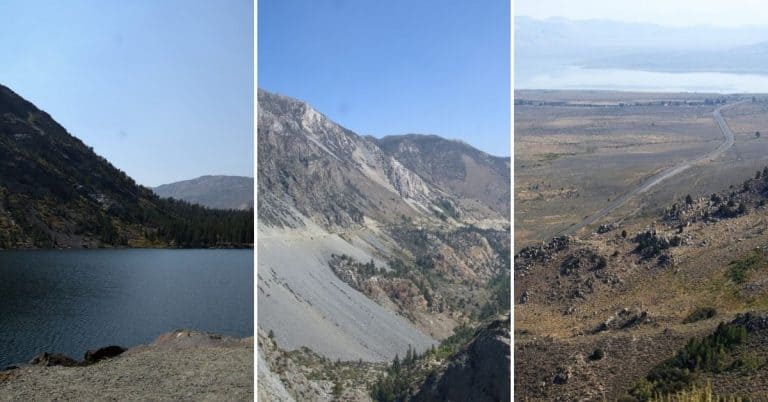 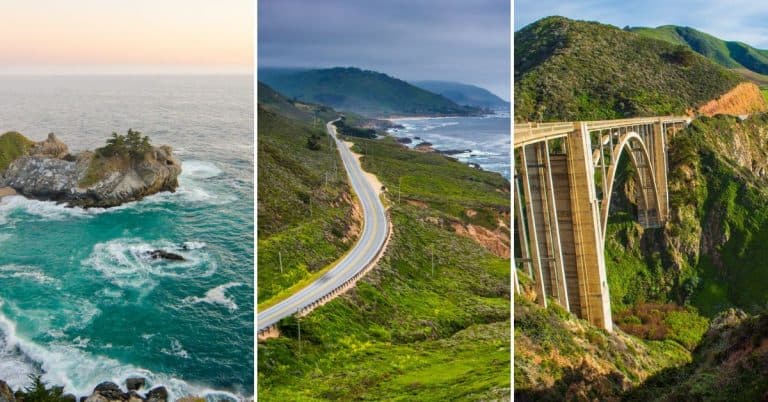 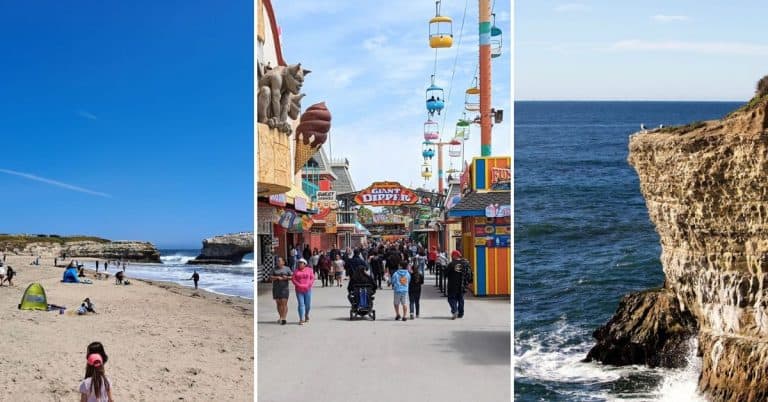 This website uses cookies to improve your experience while you navigate through the website. Out of these, the cookies that are categorized as necessary are stored on your browser as they are essential for the working of basic functionalities of the website. We also use third-party cookies that help us analyze and understand how you use this website. These cookies will be stored in your browser only with your consent. You also have the option to opt-out of these cookies. But opting out of some of these cookies may affect your browsing experience.
Necessary Always Enabled
Necessary cookies are absolutely essential for the website to function properly. These cookies ensure basic functionalities and security features of the website, anonymously.
Functional
Functional cookies help to perform certain functionalities like sharing the content of the website on social media platforms, collect feedbacks, and other third-party features.
Performance
Performance cookies are used to understand and analyze the key performance indexes of the website which helps in delivering a better user experience for the visitors.
Analytics
Analytical cookies are used to understand how visitors interact with the website. These cookies help provide information on metrics the number of visitors, bounce rate, traffic source, etc.
Advertisement
Advertisement cookies are used to provide visitors with relevant ads and marketing campaigns. These cookies track visitors across websites and collect information to provide customized ads.
Others
Other uncategorized cookies are those that are being analyzed and have not been classified into a category as yet.
SAVE & ACCEPT
10 shares
10 shares