Rome is a city of famous buildings, art, and monuments. Everyone knows the Colosseum, St. Peter’s Basilica, and the Pantheon. But there are a lot of hidden gems in Rome that will take you on a journey through time, from antiquity to today.

This list includes just a couple of interesting suggestions, but Rome is full of hidden spots, so running out isn’t at all likely, and they’ll keep you coming back for more.

Time to dive in and discover that Rome today isn’t just Ancient Rome. Below, find some of the best hidden gems in Rome.

The Coppedè Quarter is a little hidden gem within the Trieste quarter just north of the Rome city center, so it’s not as busy with tourists as all the ancient ruins there.

Geographically, the quarter lies between Buenos Aires square on via Tagliamento and the Arno, Ombrone, Serchio an Clitunno streets, while its center is Mincio square.

The quarter that isn’t necessarily a quarter but more a collection of palaces and villas is the work of architect Gino Coppedè and is known for being a pastiche of Baroque, Liberty, and Medieval architectural styles.

Entering through the arch over Via Dora towards Mincio square, you’ll be able to see immediately what makes this part of Rome so special.

The embellishments on the arch are just a taste of what’s to come. Continue straight forward to get to Mincio square and the frog fountain (Fontana delle Rane), the spider palace (Palazzo del Ragno), and the fairy villas (Villino delle Fate).

Take a walk around and take in the eclectic mix of architectural styles that show a different side of Rome.

Galleria Scarra is a covered square courtyard in the style of Roman Liberty in the grand Sciarra Colonna di Carbognano palace and is often a quiet, peaceful corner. The works on this hidden gem lasted from 1885 to 1888.

After Rome was to become the capital city of Italy, a number of renovating and modernizing works began to make the city worthy of its capital status. Among them was the area just a couple steps from the Trevi fountain around via del Corso, owned by prince Maffeo Barberini-Colonna di Sciarra.

Despite its incredibly central location, chances are there won’t be more than a few people in the gallery when you visit, especially since this is the smaller of the two Liberty-style gallerias in Rome.

The walls are painted with frescos with the theme of celebration of women as wives and mothers. There are representations of the Virtues, contemporary scenes of everyday life, and decorations dedicated to the prince’s mother Carolina. Visit for a glimpse into a different kind of Rome and gorgeous art.

Another one on the list of hidden places in Rome is the Zuccari palace, as it’s also known as the monster house. It was designed by painter Federico Zuccari as his home in the last decade of the 16th century.

The palace’s characteristic monsters are face sculptures above the main door and the windows on the via Gregoriana facade, and they look like monsters with their mouths open.

The left wing of the palace was left in its original state in the 2013 renovations, while the rest of the palace has been renovated to give the Bibliotheca Herztiana a more appropriate space.

The library has been in this building since 1913 after Henriette Hertz bought the building in 1904 and filled it with a large personal collection of paintings and books. Today, the institute and library offer free 45-minute tours in Italian. You just have to register on the library’s website.

While the inside tour might not be for everyone, the central location just a few hundred meters from the Spanish Steps makes this hidden spot in Rome easily visited, so it’d be a real shame if you missed it.

The Borromini perspective is essentially an optical illusion in the Spada gallery in the Spada palace. The whole gallery is an art museum with paintings from the 16th and 17th-century greats like Tizian, Caravaggio, Bernini, Artemisia Gentileschi, and many others, and it is well worth a visit.

The Borromini perspective is a passage with columns on both sides when you pass from the palace entry to the courtyard. The arched passageway appears way longer than it actually is with some clever engineering and perspective-mastering by Borromini. The whole passage is only 8.82 m long.

This Rome hidden gem is a bit out of the way from all the major attractions but close enough that getting to it isn’t too annoying. The gallery with the perspective is open every day but Tuesday from 8.30 am to 7.30 pm and you can buy tickets (5€) on site. Guided tours are offered by appointment only.

Via Piccolomini is a street right next to Villa Doria Pamphili gardens. The street became known for its great view of the dome of St. Peter’s Basilica. But it’s also an optical illusion.

When you’re walking down the street, you’re technically getting closer to the basilica, but it appears to be further away. At the intersection of vi Piccolomini and via S. Lucio, there’s a viewpoint called the Belvedere di Via Piccolomini.

Situated in a less-visited part of Rome, this spot offers unique views and respite from the bustling center of the city. It’s also easily combined with visits to Villa Pamphili, the park, and the Villa Piccolomini gardens.

The island itself is really small, so don’t expect too much.  On both ends of the island, there are areas to relax and admire the river, and they’re both great places to sit down and have some lunch.

On the SE end of the island, you’ll be able to see the ruins of Emilio bridge, that’s also known as “ponte rotto” or broken bridge, and the Palatino bridge. And as a bonus, you get to see both island bridges from the island.

The Palazzo della Civilta’ Italiana is colloquially known as the square Colosseum, is a classic example of fascist neoclassical architecture in Rome’s EUR district. While the building is too imposing to really be a hidden anything, it’s definitely one of the hidden places of Rome when it comes to tourist visits.

Rome’s EUR district is situated in the south of the metropolitan area and is the site that was originally chosen for the 1942 World Exhibition. The design of the square colosseum draws inspiration from the original Colosseum with rows of arches.

It’s a large, impressive building, giving the impression that it’s entirely made of stone. But it isn’t! It has a strong concrete backbone and is then clad in stone slabs.

Today, the EUR neighborhood and its buildings have been revitalized into a residential and commercial district that are not memorials of the fascist regime but offer a full-scale look into what Italy might have looked like if the regime hadn’t fallen.

Rome has increasingly been focused on revitalizing some of run-down, industrial neighborhoods with a focus on street art initiatives in collaboration with domestic and international artists.

The street art in Tor Marancia is part of the project Big City Life whose aim was to bring to life a complex of 11 houses at 63 Viale Tor Marancia. The project was established in collaboration with the houses’ inhabitants, and almost every mural has a connection to the inhabitants of the house it adorns.

Some of the most important murals you’ll be able to discover there are:

There are of course more murals, all wonderful works of art, to see in this neighborhood and in many other Roman districts. If you’re a lover of street art, discover Ostiense, Pigneto, Quadraro, and many others.

This is another one of street art hidden gems in Rome. These are five works of art scattered around Rome and painted in between steps to reveal the faces of four actresses. The spots for the murals have been carefully selected to be near where the films have been filmed.

Hunting these down and visiting them all over Rome is a wonderful step into the rich cinematic history of Rome through contemporary street art.

The actresses and the films they have starred in are:

Taking photos of these might be difficult because most are right by the street, but they’re a wonderful activity if you’re bored of all the antique and medieval art Rome has to offer.

The above list gives you some ideas of hidden gems in Rome, but it is in no way exhaustive. If you’re not feeling the street art, maybe you could visit some of the lesser-known churches.

Round churches might be something new if you’re used to ones in the shape of a Latin cross. For the fans of the macabre, there’s the Capuchin Crypt, with the remains of about 3,500 Capuchin monks.

At the end of the day, a visit to Rome will only leave you with more ideas of hidden places to see when you come back.

A trip to Italy is truly unforgettable! We have tons more Italy posts to help you plan your trip. Check them out below! 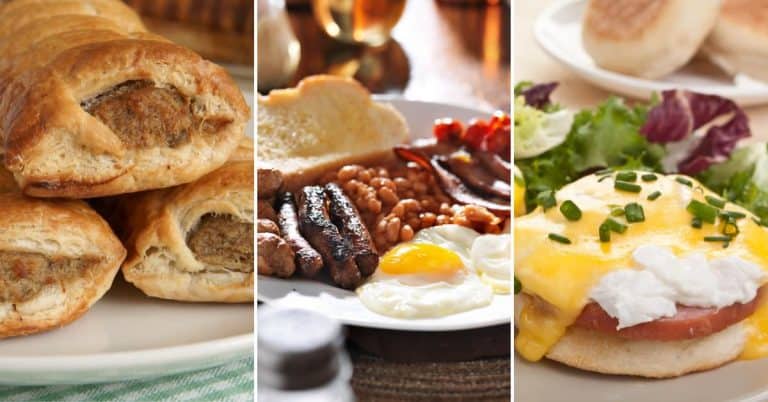 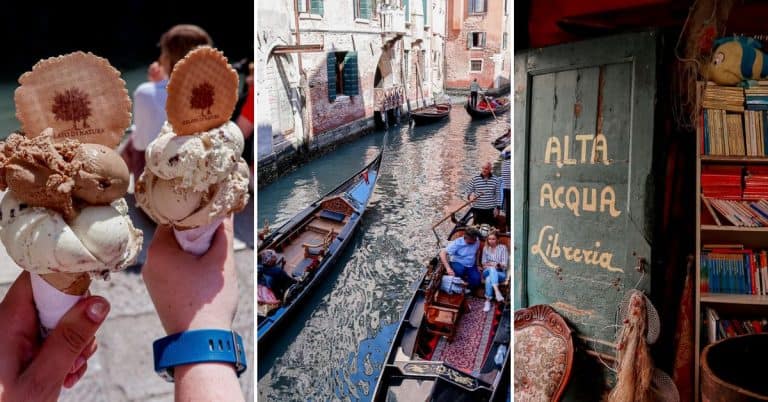 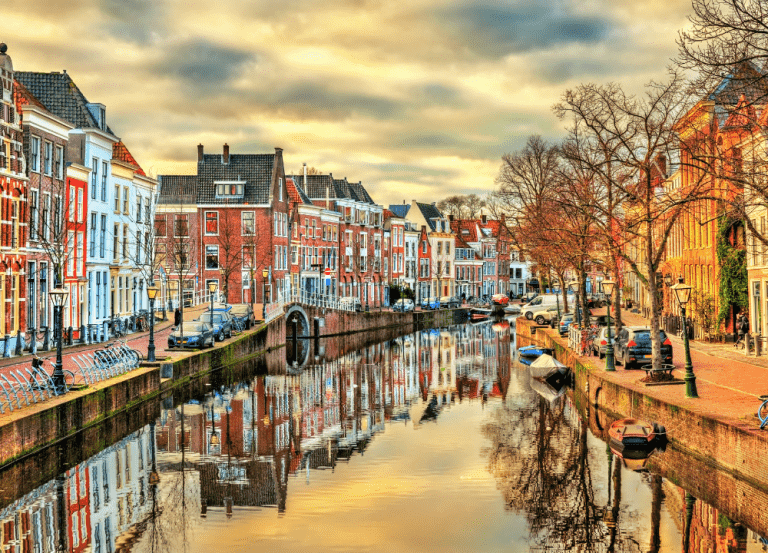 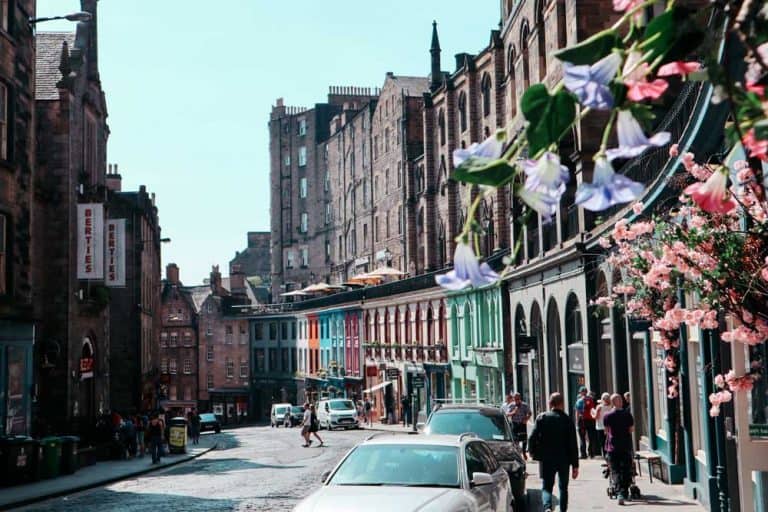 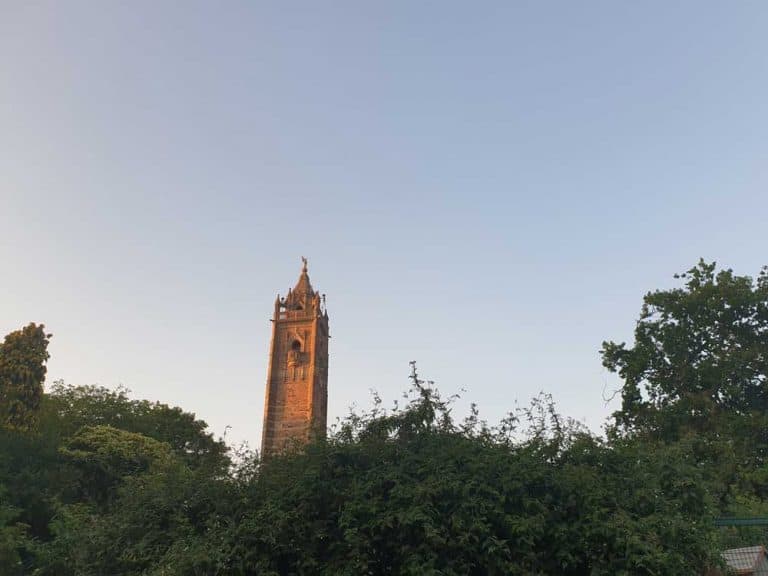 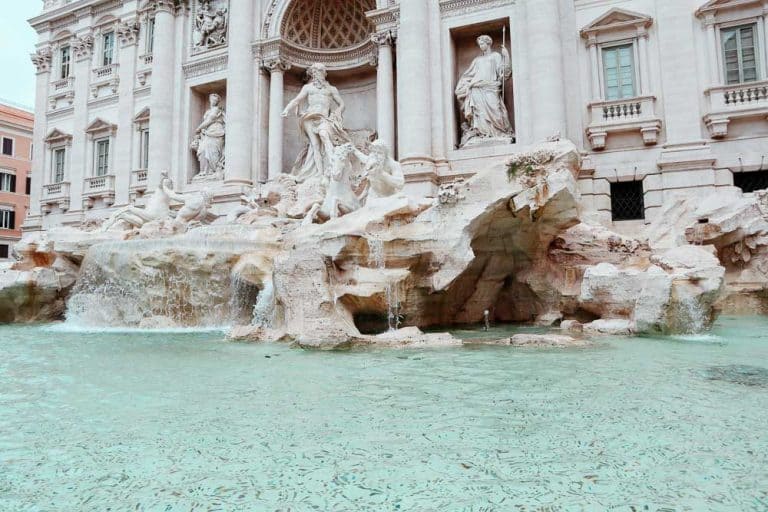 This website uses cookies to improve your experience while you navigate through the website. Out of these, the cookies that are categorized as necessary are stored on your browser as they are essential for the working of basic functionalities of the website. We also use third-party cookies that help us analyze and understand how you use this website. These cookies will be stored in your browser only with your consent. You also have the option to opt-out of these cookies. But opting out of some of these cookies may affect your browsing experience.
Necessary Always Enabled
Necessary cookies are absolutely essential for the website to function properly. These cookies ensure basic functionalities and security features of the website, anonymously.
Functional
Functional cookies help to perform certain functionalities like sharing the content of the website on social media platforms, collect feedbacks, and other third-party features.
Performance
Performance cookies are used to understand and analyze the key performance indexes of the website which helps in delivering a better user experience for the visitors.
Analytics
Analytical cookies are used to understand how visitors interact with the website. These cookies help provide information on metrics the number of visitors, bounce rate, traffic source, etc.
Advertisement
Advertisement cookies are used to provide visitors with relevant ads and marketing campaigns. These cookies track visitors across websites and collect information to provide customized ads.
Others
Other uncategorized cookies are those that are being analyzed and have not been classified into a category as yet.
SAVE & ACCEPT
4 shares
4 shares