Warsaw is the capital of Poland, my home country. It is the most vibrant city in Poland and every tourist will find interesting sights, events, and attractions there. There are so many cheap and free things to do in Warsaw, which are both popular and off the beaten path.

I’ve never lived there but I’ve spent numerous weekends in Warsaw, the first one being in primary school and the most recent – this year. Warsaw has a cool vibe and it never gets boring – I like to explore it over and over again.

Keep reading to learn more about the best cheap free things to do in Warsaw on a budget!

11 Free Things to do in Warsaw

1. Wander Around the Old Town

You may not be aware that the Old Town in Warsaw is actually not the original “old” town. During World War II, after Warsaw Uprising, 90% of the original buildings got destroyed. Only 6 houses out of 260 survived.

The current one is a reconstruction and it is the biggest reconstructed historic area of this size in the world. Despite the fact that it’s reconstructed, it is a must-see while being in Warsaw.

What to see in Warsaw Old Town exactly?

Start your walk from Castle Square. On the square you will see Sigmund’s Column, presenting the king Sigismund III Vasa. It is the oldest monument to a person not related to religion in modern Europe. The monument is not a reconstruction – even though a bullet hit it during the Warsaw Uprising, it fell on the ground in such a way that it didn’t get damaged.

Next, climb the tower of St. Anne’s Church located nearby. That way, you will see an amazing European city from above.

Next, go to the Royal Castle, which is also located at Castle Square. I recommend you to see the castle from the inside. The audio guide is included in the price and you can learn a lot of interesting information about Polish history. During the war, the castle was almost completely destroyed and it was not rebuilt until 1984!

The next spot to visit is the Old Town Market Place with a Mermaid, which is a lovely place to rest. The most important thing to see there is the sculpture of a mermaid. The Warsaw Mermaid is in the coat of arms of the city and she is considered its protector.

Read Next  How to See 8 Popular European Cities from Above | Budget-Friendly Tips and Tricks!

On the other side of the Old Town, you will find City Walls and the Barbican. Old Warsaw was protected by a double line of defensive walls. The barbican was supposed to increase the security but actually, it performed its defensive function only once – during the Swedish Deluge.

After World War II and the destruction, the governors of the city decided to rebuild the Barbican. In the Barbican you can find a plaque commemorating soldiers fighting during the Swedish Deluge.

Last but not least, to finish your walk around the Old Town, pay attention to a little, touching monument – the Little Insurrectionist Statue. It commemorates children who fought and died in the Warsaw Uprising in 1944.

Krakowskie Przedmieście Street is one of the main streets in Warsaw and it’s a part of the so-called Royal Route – the old communication route from the Royal Castle to Wilanów Palace. Along it, you will find interesting attractions, including the Presidential Palace.

3. Visit the Tomb of the Unknown Soldier

If you get off Krakowskie Przedmieście a little bit, you can also reach The Tomb of the Unknown Soldier commemorating all soldiers who died fighting for Polish independence.

Currently, the tomb is located under a small line of 3 arcades. Before the war, these arcades were a part of an entire palace, called Saski Palace. Like many other buildings, it got destroyed and only these three arcades survived.

It was never rebuilt up to this point but the Polish government plans to start the reconstruction of Saski Palace in 2023. Visiting the Tomb of the Unknown Soldier is one of the best free things to do in Warsaw.

4. Go up the Palace of Culture and Science

The Palace of Culture and Science evokes extreme feelings. Some like it, others hate it. It was a gift from the Soviet people to Poland and personally, I think that it’s a crucial part of our history and we should at least accept and appreciate it.

The best part of the palace is an observation deck on the 30th floor with a magnificent view of the city. You can buy tickets online but unfortunately, you can’t book a specific time for your visit, so you may end up spending a lot of time in the queue.

Łazienki is a pretty and neat park with a lot of charm. You can see a little Palace on the Isle there, a small Amphitheater, and a monument of Frederic Chopin.

Read Next  Everywhere I Traveled to in 2019: Ranked

Before 2020, concerts of Chopin music were organized by the monument in summer. In 2020 and 2021 they took place online but hopefully, they will come back live soon!

6. Grab a Beer by Vistula River

Hands-down, Warsaw has one of the best riverside boulevards in Europe. On the left bank of Vistula River, you will find wide boulevards with numerous bars and cafes along it. You can walk, ride a bike, or skate right by the water.

Until 2020, people were allowed to drink alcohol on the Vistula Boulevards and beaches (normally drinking in public places is forbidden in Poland!). Since then, the government forbid it and for now (December 2021) it is still not allowed, but many locals are hoping for it to come back.

Until then, there are still many bars and cafes in the area that are happy to receive thirsty tourists.

If you happen to visit Poland in winter or in December, instead of the Vistula Boulevards, choose the Christmas market and is mulled wine!

You’ve probably noticed while reading this article that the Warsaw Uprising which took place in 1944 played a huge role in the history of the Polish capital and its impact can still be seen. For that reason, broadening your knowledge about it is important while visiting Warsaw.

The Uprising Museum is not perfect – it’s a little chaotic and doesn’t clearly lead the visitor. I ended up reading information in the wrong order. However, it does give loads of information about the causes of the Uprising, how it went, how it ended, and what was the end result (spoiler alert: complete destruction).

It is an amazing museum to visit if you want to learn more about history, understand Warsaw and Poland a little better.

To get off the beaten path, explore the district of Praga which is on the right bank of the Vistula River. I’d recommend you do it with an organized walking tour to learn more about its history and characteristics – but also to stay safe. Not all areas in Praga district are ok to visit with a big photo camera!

It is full of contracts – old, unrenovated buildings next to new apartments, traditional market places near quirky, hippie locations. I took a free walking tour in English organized by Walkative and loved it. Exploring this area is one of the best free things to do in Warsaw.

Read Next  11 Free Things To Do In Nairobi

If you love architecture and you’d like to learn more about Polish kings, you can visit Wilanów Palace. It was built in 17th century and survived both World Wars. In the palace, you can see beautiful interiors, as well as collections of paintings. This is one of the best cheap things to do in Warsaw!

While being in Poland you need to try traditional cuisine – pierogi ruskie (dumplings filled with cheese and potatoes), kotlet schabowy (pork fried meat), bigos (a kind of stew made with sauerkraut and fresh cabbage), żurek (sour soup), rosół (chicken soup), barszcz (beetroot soup) and many more!

If you’re on a budget, you can choose one of the numerous places called “bar mleczny” (milk bar). They will not look great but they will feed you well with traditional food and they will not ruin your budget!

Apart from these, on the more expensive side, I like a chain of restaurants specializing in pierogi called Zapiecek and a restaurant called U Szwejka.

Polish traditional cuisine is not very vegetarian-friendly but it is slowly changing and many restaurants start offering vegetarian options of traditional meals. Usually, the choice will be limited, but you will have options in most places.

Also, vegetarians will be able to enjoy many kinds of pierogi (just ask not to put bacon on top – they do that sometimes with ruskie pierogi). There is a dedicated vegetarian milk bar called Wegetariański Bar Mleczny.

11. Choose From a Number of Other Options

Warsaw has countless museums and I am sure you will find something interesting! Chopin Museum, Museum of Life under Communism, Museum of Polish Vodka, Copernicus Science Centre, even a so-called Selfie Museum “Be Happy.”

You can also track Soviet architecture around the city, go hunting street art or have a bar crawl. I am sure you will enjoy Warsaw and you will not get bored!

This post was all about the best cheap and free things to do in Warsaw! Don’t forget to share this post and save it for later.

About the guest author:

My name is Dorota, I come from Poland. I travelled and volunteered on three continents and I am fascinated by the beauty we can find in the world. But I love exploring Poland too, I think it’s one of the best and most diverse countries in Europe! I write a blog Weekendowka (in Polish language), which focuses on weekend trips in Poland to make it easier for others to explore this lovely country. You can see more on my Instagram @weekendowka and Facebook fanpage. 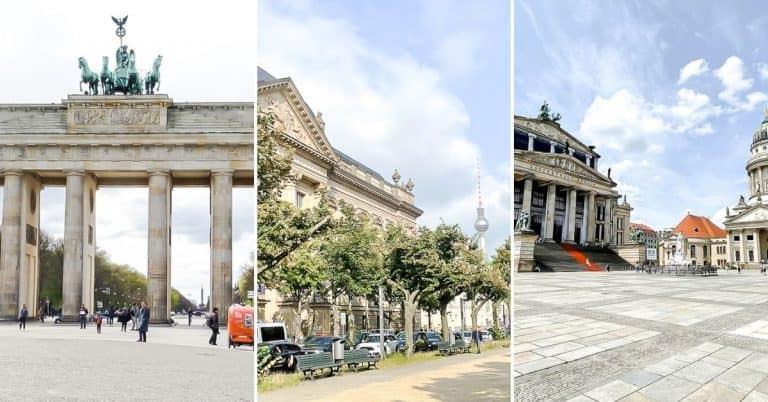 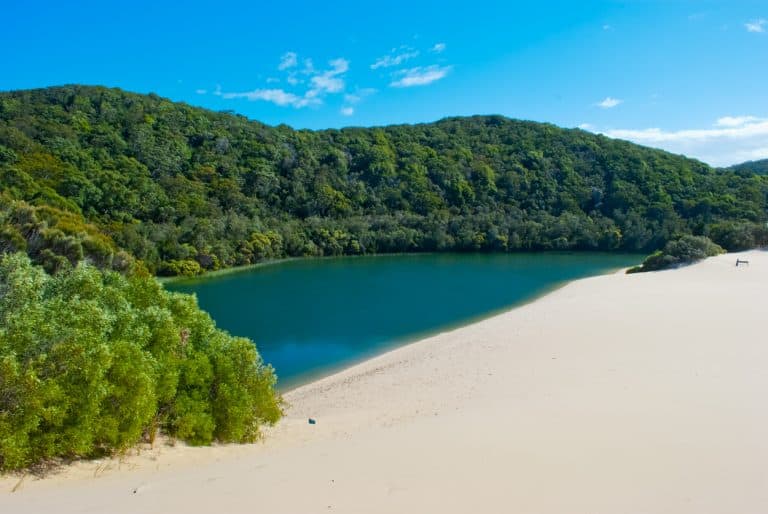 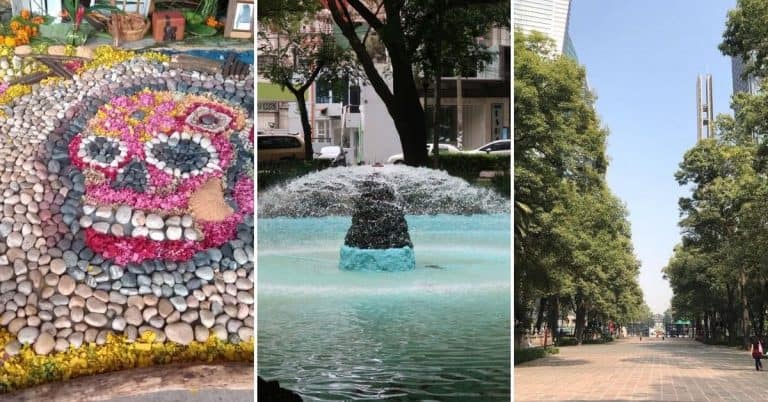 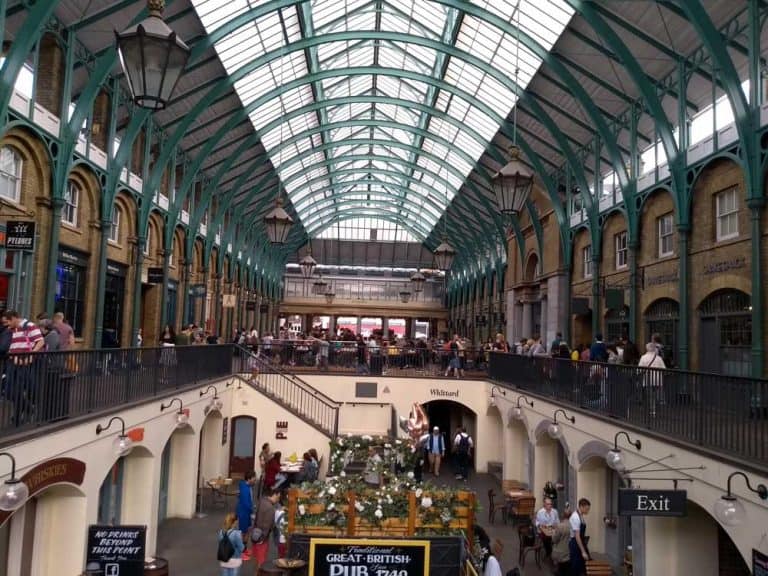 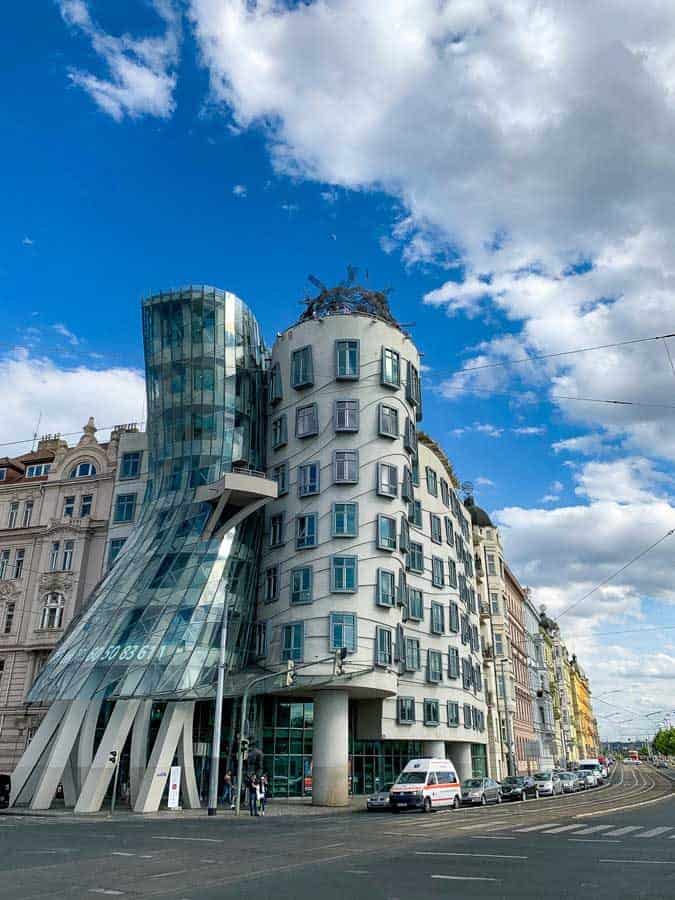 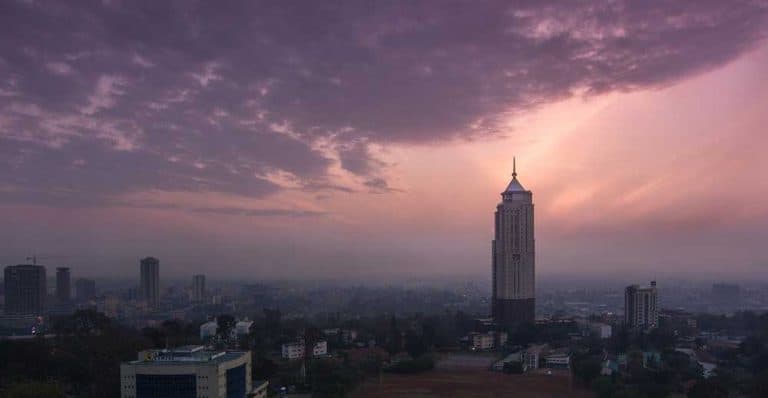