Utrecht is a beautiful city in the middle of The Netherlands. Less known to tourists compared with big brother Amsterdam, although only 30 minutes away by train. Utrecht has lots to offer, from great museums to restaurants and vibrant nightlife. If you’re traveling on a small budget, there are luckily also free things to do in Utrecht.

Where to Stay in Utrecht

Have you booked your Utrecht hotel yet? Here are some great recommendations for the area!

The canals were built in the Middle Ages; the Oudegracht is from before the 10th Century. The banks on the canals were made higher to make the chance of flooding smaller. This is the reason there’s an extensive system of wharves and vaulted cellars.  Restaurants, pubs, and artists reside now in these vaulted cellars. It’s unique in the world on this scale and fantastic to wander around.

Wilhelminapark is one of the greatest parks in Utrecht. There’s no gate or entrance fee to the park. It’s named after Wilhelmina, the queen during the second world war. There’s a great grass field to run around on, to play games or picnic on. In the middle is a restaurant.

There are walking paths, a small lake, and a playground. It’s one of the top things to do with kids in Utrecht. The community organizes events in the park, from music to kids’ plays. The park is on the East side of the city. Through the middle of the park runs a busy biking path.

The largest station in numbers in The Netherlands, it’s the logistic hub of trains in The Netherlands. The station is west of the city center and has recently been completely rebuilt and modernized. The current building was officially opened on December 7th, 2016, and designed by Benthem Crouwel Architects and Movers.

The building is great to see from the outside from several viewing points. From the Jaarbeursplein, the bikers bridge, or the Stationsplein. From the inside, marvel at the business of people going in and out of the station, rushing about. You can get inside for free, but not everywhere since there are gates for entering the main part with the platforms’ entrances.

In the central station, not only trains arrive and depart, but also busses and the light rail.

Dom square or in Dutch Domplein is a square in Utrecht’s inner city and named after the Dom church, which is on the square. There’s lots of history here on the square and archeological remains to admire.

Several churches stood on the square over the centuries. In 1674, a sudden and rare tornado caused the collapse of the nave of the Dom square. The rubble was cleared in 1829, but the nave was never rebuilt. Hence the fact that the Dom tower and Dom church are separate from each other. The floor plan of the old Salvator church, the holy cross chapel, and the missing part of the Dom church are lined out on the square.

It’s fun to wander around the square and imagine how it would have looked so many centuries ago. Entering the Dom church is free, but a tour of the Dom Tower or visiting Domunder (archeological remains) comes with an entrance fee. There are some cozy pubs and restaurants in the square.

Hoog Catherijne is the shopping mall in Utrecht and is where everybody goes for shopping from all around The Netherlands. But it not only houses some 160 stores, but there are also restaurants, offices, housing, and conference rooms.

The building is 2 stories high and is 42.000 m². It’s being rebuilt right now, the part is already finished, and it’s grand, with the high ceilings on the second floor. The first building was opened on September 24th, 1973. People either praised it or found it a dull, uninspiring, dark building.

Read Next  12 Free Things To Do in The Hague

The new building is much lighter with high windows and the canal running through it, connecting it with the city outside.

Hoog Catherijne is in between the central station and the inner city. Events are being organized on a regular basis.

Now let’s get into nature since we’ve seen so much of the city life. Amelisweerd is a beautiful estate on the outskirts of the city to the east. It’s technically not part of Utrecht since it’s in Bunnik. But everybody in Utrecht knows it and loves it (and fights for it every time they try to destroy it by building a highway through it).

The estate is between Utrecht and Bunnik, bordering the Rhijnauwen estate, and the river Kromme Rijn runs through it. It’s a forested, peaceful park with walking routes through Amelisweerd to enjoy nature and some history. Go swimming in the rivers or have a self-hosted picnic in the park.

Utrecht houses some beautiful churches, besides the already mentioned Dom church, there’s also the Catherina cathedral. It’s not that far away from the Dom square and next to the Catherijne convent. It’s the seat of the archbishop of Utrecht.

Further churches worth a visit are St. Martins church, St. Willibrord church, St. Peterschurch from 1039, the Nicolaï church, the Jacobi church, and the Jans church. All in or near to the inner city and usually open for visits.

Utrecht Free Tours offers tours from 2 to 2,5 hours on Saturday and Sunday, telling all about Utrecht’s history. They were the first to start with the free tours because there was not enough on offer for young tourists.

Free Walking tours Utrecht offers 2-hour tours on the history of the city, hidden gems, and tips on how best to visit Utrecht.

A fun petting zoo in the South of Utrecht in Lunetten. It has several different animals, like pigs, peacocks, goats, bunnies, and more. It’s fun to pet them. There’s a special toddler playground and a nature playground. There are community gardens and a coffee bar. An oasis in the city. It isn’t the only petting zoo in Utrecht, and they’re free of charge.

In September the ‘Oogstfeest’ (harvest feast) is held. You can then pick apples and pears and make apple juice.

Utrecht has street art all over the city, with some wonderful paintings among them. JanIsDeMan and De Verfdokter are 2 famous graffiti artists in Utrecht.

The most famous recent street art that also went viral is the bookcase. It’s on the Amsterdamsestraatweg and is a collection of books loved by people living in the neighborhood.

The most famous figure for Utrecht, which you can find all over the city, is KBTR, or the Utrechtse kabouter (gnome). One of the places you can find the gnome is on the Huis Utrecht at the Boorstraat.

Several street art paintings have the Tour de France as a subject since it started in Utrecht in 2015. Among them a painting from Zoetemelk & Janssen, 2 famous cyclists.

Book a tour or go wandering around yourself, the last one is free.

In the middle of the inner city behind the Utrecht Conservatorium is the pandhof Sinte Marie. A place to escape the hustle and bustle of the city. A place of tranquility, a medieval garden, which is a non-commercial silent area. It’s a perfect place to sit on a bench and enjoy the plants surrounding you.

It’s a city garden with an ambulatory, which belonged to the Medieval Maria church. The ambulatory was built in the 11th Century.

Bonus free thing to do in Utrecht

Miffy, or ‘Nijntje’ as it’s called in Utrecht, is created by Dick Bruna, a Utrecht citizen everyone is proud of. There’s a Nijntje museum, but that has an entrance fee. Free of charge is, however, the miffy traffic light on the Lange Viestraat. And a street art drawing of a Miffy peeking out of a house on Jeruzalemstraat. Miffy can be found all over Utrecht.

Hopefully, Utrecht is now on your radar as a must-visit city. There’s plenty of free things to do in Utrecht. Next to that, it’s a historical city dating back to Roman times. The city is beautiful and has plenty to see and do without being overwhelming.

Woohoo, you’re planning a trip to the Netherlands! Check out our other posts below. 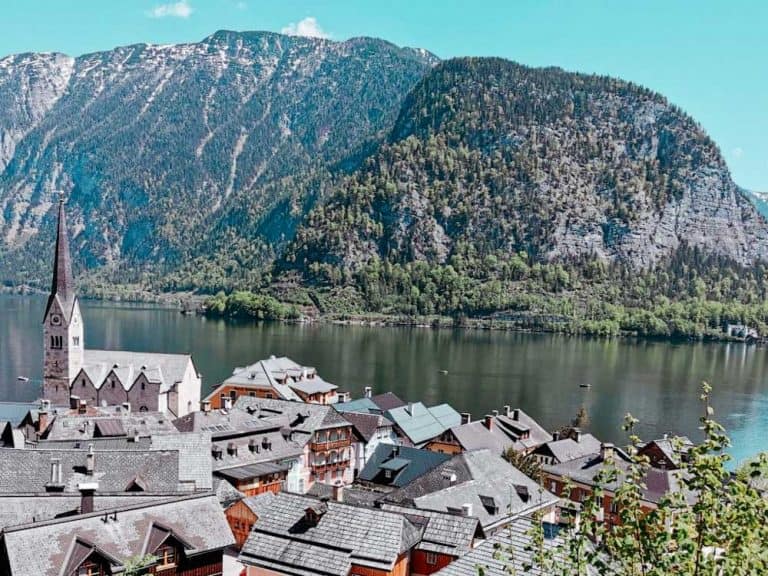 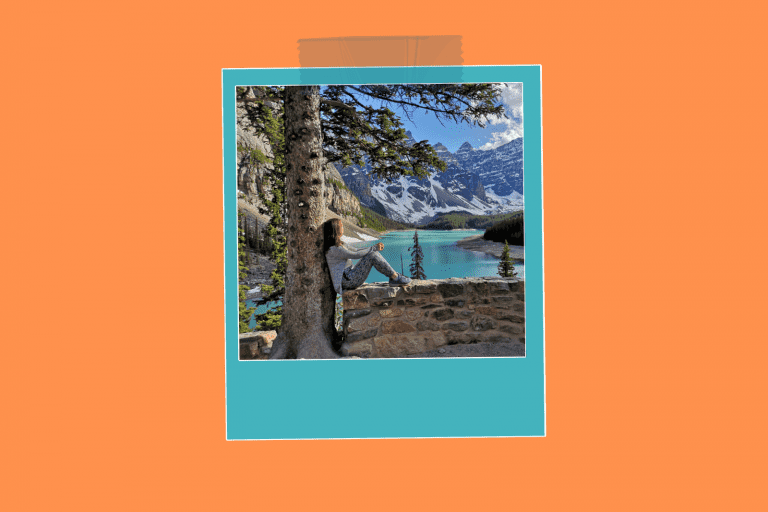 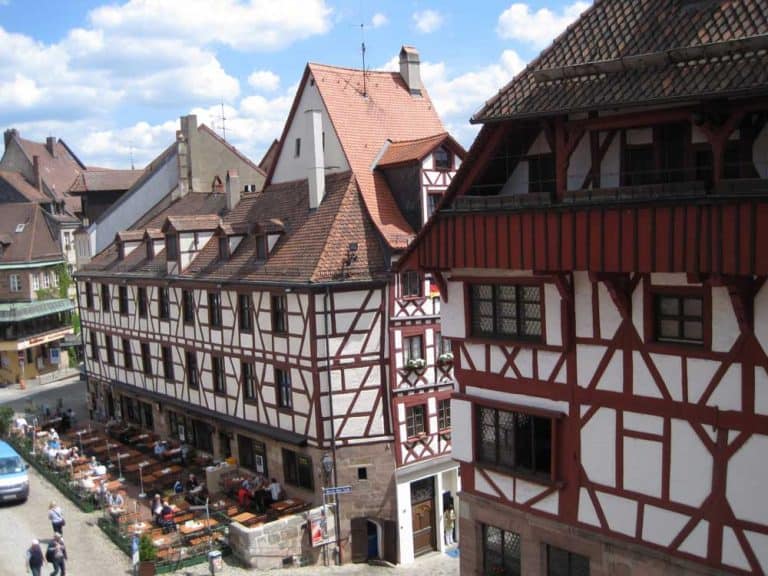 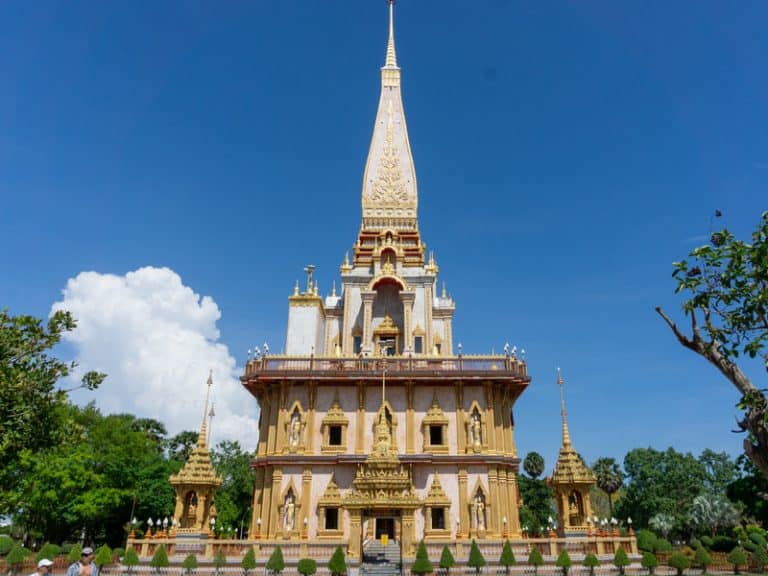 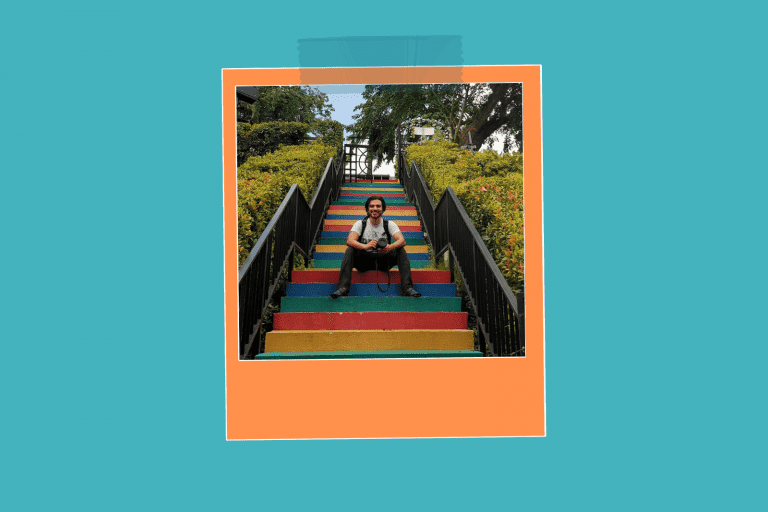 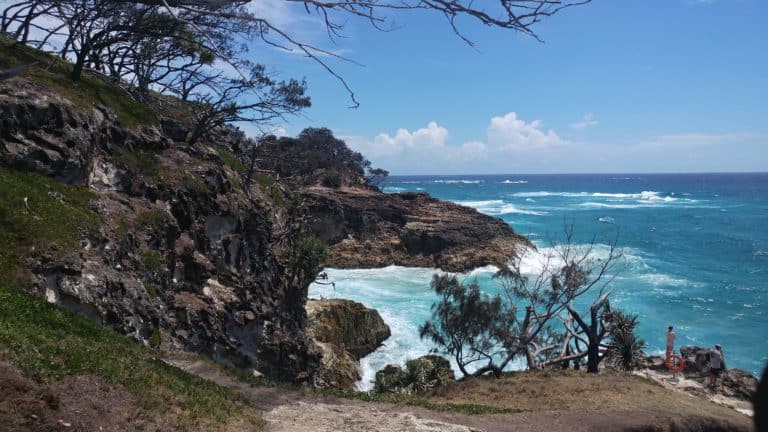