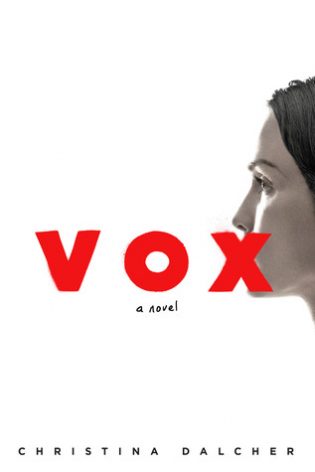 Set in an America where half the population has been silenced, VOX is the harrowing, unforgettable story of what one woman will do to protect herself and her daughter.

On the day the government decrees that women are no longer allowed to speak more than 100 words daily, Dr. Jean McClellan is in denial—this can't happen here. Not in America. Not to her.

This is just the beginning.

Soon women can no longer hold jobs. Girls are no longer taught to read or write. Females no longer have a voice. Before, the average person spoke sixteen thousand words a day, but now women only have one hundred to make themselves heard.

But this is not the end.

For herself, her daughter, and every woman silenced, Jean will reclaim her voice.

I can honestly say that I feel like it has been a while since I’ve read such a powerful dystopian novel. Sure, my blog was once named after the dystopian subgenre, and I probably read at least 2-3 dystopians a month, but Vox by Christina Dalcher is one that stood out to me for quite a few reasons that I’ll go over in this Vox book review.

Read Next  Betrayed by P.C. Cast and Kristin Cast | Review

About Vox by Christina Dalcher

This book takes place in a world where men have taken over the world. They have given all women a bracelet device that counts the number of words that they say every day, and if they say more than their allotted words, bad stuff happens to them from the device. Bad, painful stuff.

Our main character, Jean, ends up getting the opportunity to put her genius mind to the test. The president’s brother got injured and needs her help. In return, she and her daughter are allowed to speak more, which many people are against.

What I Loved Most About Vox

I think that one of the things I loved most about this novel was how scary it is because of the way that the world is today. It just seems like it could be entirely possible, which freaks me out a little. It reminds me of The Handmaid’s Tale. If you’re a fan of that, then I think you’re going to love this book.

I also loved that it isn’t technically YA. I haven’t read many adult novels, but this has opened my eyes to a whole other genre that I’ve been ignoring most of my life. As a college student, I’m kind of interested in venturing out a little bit more than I was in high school, though I do still prefer my YA novels.

This book also speaks on so much, especially women’s rights. It is an eye-opener. It’s made me want to speak my mind more and get out there and fight and be more politically active. Never in a million years do I want this terrifying dystopian future to happen.

Read Next  Learning to Swear in America by Katie Kennedy | Review

I also loved Jean as a character. She would rebel in little ways throughout the beginning. We only knew that because we could hear her inner thoughts and feelings about what being in this world was like for her, especially because she grew up in a world a lot like ours is today. She grew so much throughout the entire book, and I love some character growth!

The Verdict on Christina Dalcher’s Vox

If you’re looking for an exciting (but somewhat terrifying) dystopian that isn’t like all the other dystopian books out there, then definitely give Vox by Christina Dalcher a read… you won’t regret it. Hopefully this Vox book review has convinced you! 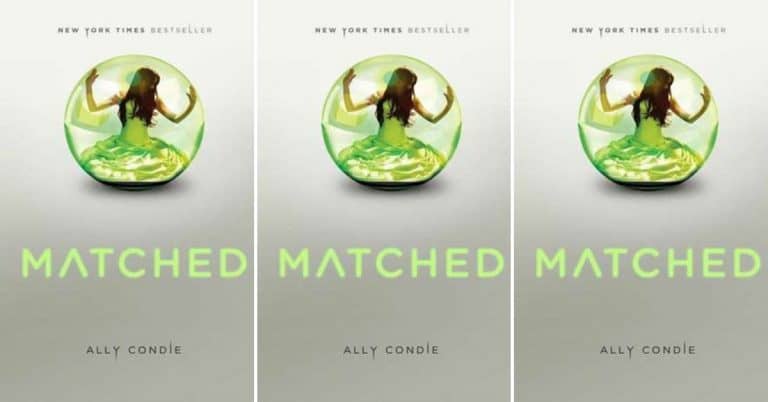