Today I have Katie Kennedy, author of Learning to Swear in America on the blog for an interview.

For me it’s about story, and the need to tell stories. I don’t need to wear black turtlenecks and haunt coffee shops, or whatever the popular perception of a writer is. But I do perceive the world in narrative form—stories are how I make sense of the world, and how I communicate. So writing novels is a natural outgrowth of that.

Yes! I have a second book set for release in 2017, also from Bloomsbury. It’s called WHAT GOES UP. It has different characters than LEARNING TO SWEAR IN AMERICA, but it’s also a contemp/sci fi mash up and is fairly similar in tone.

I don’t like starting books, but there’s a sweet spot at about 70-100 pages when you realize you know your characters now, and with any luck you’ve figured out what your book is about. And then the drafting gets easier and maybe faster.

No, thank goodness! I would be the world’s worst cover artist, both for lack of artistry and lack of sense. My publisher was great about conferring with me, but the artist is entirely responsible for the cover—and did a great job!

Read Next  Interview with Jeff Garvin

I have developed an addiction to Hershey’s dark chocolate kisses. I have a bag hidden in my desk.

Yes. My MC, Yuri, bears some resemblance to the MC of the first book I wrote, which was an adult thriller. And Dovie’s parents are based on my aunt and uncle. They’re even wackier in real life! Oh, and the high school principal is real.

That’s an impossible question! The answer to that will change constantly, but today it’s P.D. Eastman’s GO, DOG, GO!

I’d like to have dinner with Rapunzel, because she’s lonely, Oliver Twist, because he’s hungry, and Gandalf, because Gandalf.

Probably Lennon from LEARNING TO SWEAR IN AMERICA, because he’s a real smart aleck.

OH, IT’S LATER THAN I THOUGHT!: TALES OF A PROCRASTINATOR. Self-explanatory. 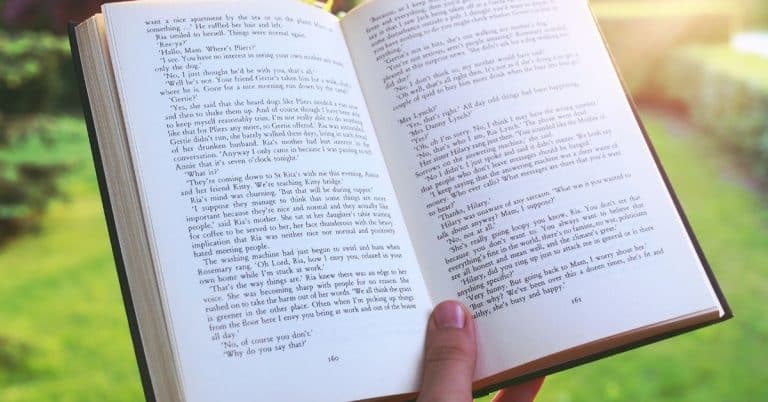