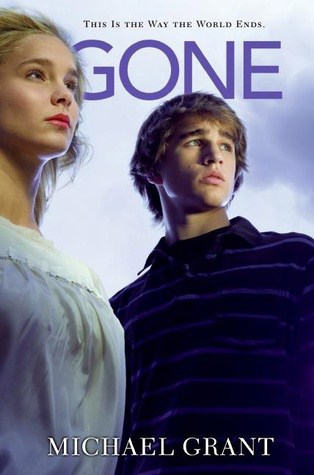 In the blink of an eye, everyone disappears. Gone. Except for the young.

There are teens, but not one single adult. Just as suddenly, there are no phones, no internet, no television. No way to get help. And no way to figure out what's happened.

Hunger threatens. Bullies rule. A sinister creature lurks. Animals are mutating. And the teens themselves are changing, developing new talents—unimaginable, dangerous, deadly powers—that grow stronger by the day. It's a terrifying new world. Sides are being chosen, a fight is shaping up. Townies against rich kids. Bullies against the weak. Powerful against powerless. And time is running out: On your 15th birthday, you disappear just like everyone else...

I read this book a while back, though I decided to give it a reread so that I could continue on with the series, since I owned up to book five. I’m so glad that I did! Gone by Michael Grant is one book you won’t want to miss out on. Find out why in this review.

On just a normal school day, the teacher of Sam’s class begins writing on the chalkboard.

Then, poof, he’s gone. Just like that. Nobody knows where all the adults have gone, just that everyone over the age of 14 has gone missing. Also, nobody can leave the area. Some begin calling it the FAYZ.

A few years back, Sam, our main character, saved a school bus. Because of his past actions, kids look to Sam for help in this situation. They think that he would make a great leader. He begins to take charge. The only thing is, that some kids begin developing powers while others don’t. This could definitely spark some jealousy.

After the poof, Sam and his friend Quinn meet Astrid. Astrid is one of the smartest girls in the school, so she was in a class with kids older than her… who all happened to disappear. Because she’s so smart, she may be able to help solve the mystery of the FAYZ.

The only other problem is that there’s another school nearby… Coates Academy. The kids here were put here for a reason. Maybe they decided to rob a bank, or maybe they almost killed someone. Yeah, that kind of crazy. Anyway, the kid in charge of Coate’s Academy is Caine.

He has his own little group of followers, and he happens to have great power. He can move things, no matter what size they are, without actually doing anything.

Sam was such a strong main character. He finally got the girl of his dreams as well, so props to him. I’m glad that he tried to help others because not many people would try to fit into that role.

Astrid was so smart that she was kind of annoying at times, though she began to grow on me. I think she and Sam are perfect together.

Read Next  Just One Day by Gayle Forman | Review

Quinn is one of my least favorite characters. There’s just something about him that I don’t like.

Little Pete, Astrid’s younger brother, was so cute, though he is definitely a part of the bigger picture. I expect his role will grow in the future books like Hunger.

Lana had the coolest power ever. She could actually heal others, so her power will come in much handiness over everyone else’s.

Caine was actually my favorite character, believe it or not. I feel like he means well with what he does, though at times, I don’t exactly agree with what he’s doing.

Diana, Caine’s sidekick, had the power of telling how much power each person had. Maybe they were a two-bar, which means their power was developing, yet they have no clue about it yet. Or maybe it was a four-bar, and they had strong powers.

Gone was definitely a great read, and I’d suggest checking this series out. I began to love all the characters, and I was excited whenever the point of view changed.

I think Gone by Michael Grant would make one of the best movies ever, no joke. I also liked how sometimes the characters intertwined, so you were seeing the same scene through different eyes. That was the coolest.

Recommended for fans of:
The Hunger Games by Suzanne Collins
Across the Universe by Beth Revis
Scythe by Neal Shusterman

“We didn’t make this wold. We’re just the poor fools who are living in it.”

“It’s vital to keep a sense of humor when the world seems to have suddenly become a very strange place.”

“It’s not about who’s got powers, morons. It’s about who’s not afraid. And who’s going to do what has to be done.”

“One minute the teacher was talking about the Civil War. And the next minute he was gone. There. Gone. No ‘poof’. No flash of light. No explosion.”

“Welcome to the FAYZ. Wherever, whenever, or whyever that is.” 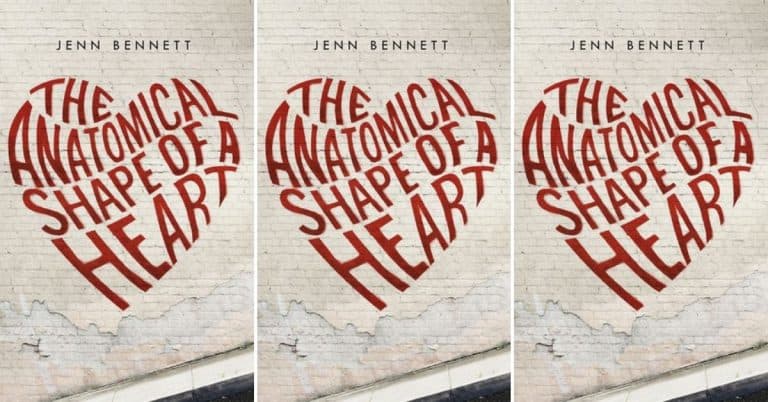 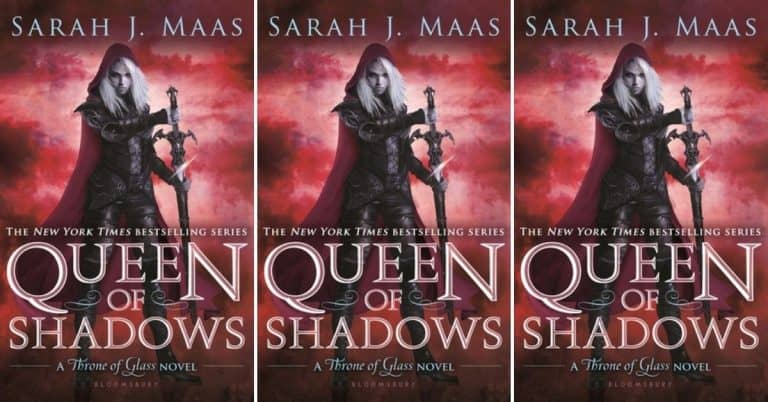